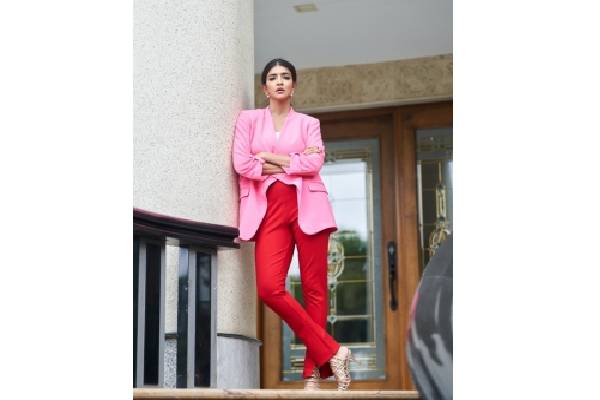 Telugu actress Lakshmi Manchu launched her own YouTube channel earlier this month. The actress feels this is the best time to make the most of the digital world.

The ‘Pitta Kathalu’ actress was always asked to start this venture but she waited for the right time to launch it.

“I have been asked to start a YouTube channel for years now. I didn’t see what more value I can bring to it earlier but now looking at the world turning more digital, I thought this was a great medium to start creating work. I am really excited for a new journey,” Lakshmi tells IANS.

Asked what will be the focus of content on the channel, and Lakshmi answers in jest: “The prime focus is obviously going to be me!”

She goes on to explain: “I am going to curate a few series on different things we can talk about and I am open for suggestions too.”

Lakshmi also hosts a cookery show for a digital platform where she invites celebrity guests and gets them cooking.

The actress has been focusing on creating quirky content digitally.

She has a reason for it.

“Now more than ever, more people are on their phones rather than on television and I think this is the medium which has slowly become their main source of entertainment. So, Lakshmi Manchu is there, everywhere. You can’t deny me!” she says.