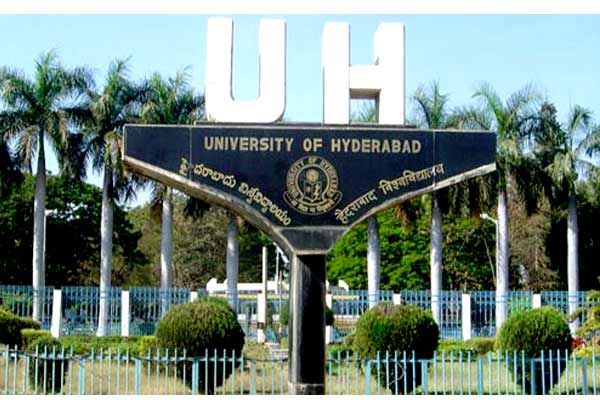 Rohit committed suicide. A lot of hue and cry was made by several political parties. The list of those cried hoarse began with Rahul Gandhi. None of those who condemned the official apathy, the university’s flawed approach and mishandling of the issue, have shed tears.

But Prime Minister Narendra Modi did. He actually wept thrice in public glare: First when he was responding to the honour of being elected as the leader of Bharatiya Janata Parliamentary Party; then at the Facebook town hall organised by Mark Zuckerberg at Menlo Park, California; and as latest as on Friday at Baba Saheb Bhimrao Ambedkar University.

Giving a long pregnant pause, as if his voice was choked by emotion, during his speech, the Prime Minister said: “Leaving politics aside, more than anything else a mother lost her son. I share and feel her pain. Rohith’s parents lost a gem.”

He was emotionally disturbed after so much of water had flowed down the drain on Rohith’s suicide. Ain’t it surprising, if not odd? A lot of controversies raged. The Akhil Bharatiya Vidyarthi Parishad was held responsible for the unrest. The Vice-Chancellor Prof P. Appa Rao was squarely blamed and political connections, letters of Union Ministers Dattatreya and Smriti Irani came under fire.

None of the BJP leaders dared to go anywhere near the University. But the Congress leaders made a beeline with Rahul Gandhi air dashing to Hyderabad. Sitaram Yechury, Suravaram Sudhakar Reddy and Aravind Kejriwal went to the campus and expressed solidarity with the striking students.

YS Jaganmohan Reddy is the only leader worth his salt that went to the campus to join hands with the agitating and aggrieved crop of students. For, he has no stakes and nothing to lose.

But, neither the Telangana Rashtra Samithi (TRS) nor the Telugu Desam Party (TDP) evinced any interest in going to the campus and making a hullabaloo about the incident. Why?

Interesting reasons are there behind the two ruling parties shying away from the Hyderabad Central University campus.

First let us look at the reasons the TRS has to stay away from the campus. The TRS is fighting the Greater Hyderabad Municipal Corporation elections for the first time. It doesn’t want the focus of the city voters to be diverted to any other issue. Even though Rohith’s suicide has turned out to be a national issue, the TRS maintained a strategic silence thereby insulating itself from the criticism of “inaction” when there was a law and order breakdown on the campus. Instead, it has passed the buck to the Centre, by not playing its role.

Plus, neither the Vice-Chancellor Appa Rao (hailing from Thulium in Guntur district of Andhra Pradesh) nor Rohith (belonging to Gurazala in Guntur district) are from Telangana. When there is no emotional connect, why should the TRS take it up and rub the migrant electors in the GHMC on the wrong side? Therefore, it has largely remained silent, barring some token demonstrations and statements by Telangana Jagruthi president and Nizamabad MP K Kavitha. This has ensured that the party has not completely turned a blind eye on the controversy.

The Telugu Desam Party is much cleverer than any one. Chandrababu Naidu knows how to play his cards closer to his chest. He is in Davos attending the World Economic Forum. But, surely, he would have directed the party line back home on this national issue.

The party has not shown any knee-jerk reaction soon after the incident broke and began drawing the national attention. The TDP is a partner in the BJP-led National Democratic Alliance (NDA) at the Centre. Even in Andhra Pradesh, it has the BJP as its alliance partner in the government.

The V-C is allegedly enjoying the blessings of Union Minister M Venkaiah Naidu, who is the alter ego of Chandrababu Naidu in Delhi. Both Naidus don’t let any chance to slip by when it comes to showering encomiums on each other. Against this background, it is surely politically embarrassing for the TDP to utter even a word. At the same time, it cannot remain deliberately blind.

It devised a wonderful strategy: First a set of Dalit leaders — Minister Ravel Kishore Babu and MLC Jupudi Prabhakar Rao — along with AP TDP president Kimidi Kala Venkata Rao reached out to Rohith’s mother. The TDP’s Rs. 5-lakh ex gratia to the bereaved family is the first assistance. The AP Minister promised a couple of contract jobs to the family of the deceased. Then Prabhakar Rao went to the campus and expressed solidarity with the Dalit students. Meanwhile, senior Telangana TDP’s Dalit leader Motkupalli Narasimhulu demanded the resignation of V-C Appa Rao. But all this is tokenism, for the TDP’s stakes are differently positioned in this episode.

Around the same time, the information on doubts over Rohith’s caste was raked up strategically. Who has brought this to light is anybody’s guess. The news channels that flashed the controversy over the caste of Rohith and that telecast the subsequent interview of the deceased scholar’s father successfully created a doubt in the minds of those who are willing to buy the question whether Rohith is a Dalit at all?

Where do the loyalties of those who oversaw and those who executed this “silent operation” lie are not beyond anybody’s imagination.

The recently-cemented relations between the TRS and the TDP are yet another reason why the two parties did not resort to mudslinging on each other, but preferred to stay away from India’s most discussed campus controversy. It is not the case of bewilderment that deterred the two Telugu Governments from taking a stance on the HCU controversy, but it is the calculated political risk they have taken to leverage the advantage of silence in some other form at some stage.