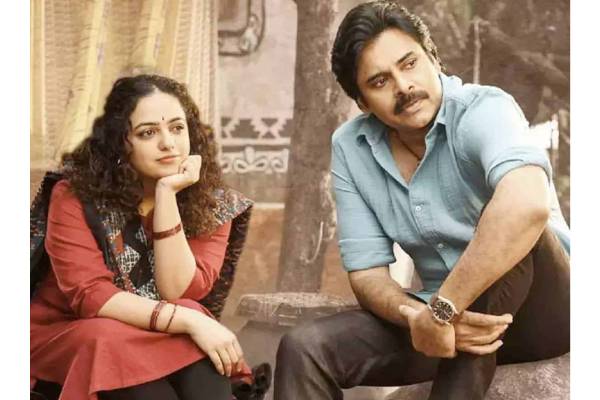 AnthaIshtam is a soothing melody from Bheemla Nayak and the song was an instant hit. The makers clarified that the song was removed from the film on the editing table considering the film’s length. The team confirmed that there was no scope for one more song in the film. Bheemla Nayak is not a lengthy film and several fans expressed that it would be good if AnthaIshtam song would have been added. There are also speculations that the makers are in plans to add the song in the second week.

But the real reason for the removal of the song is different said sources. Nithya Menen had a tiff with one of the core team members of Bheemla Nayak. It was the team who decided to chop off the song from the film. Nithya Menen wasn’t present in the promotional programs or the pre-release event of Bheemla Nayak. The actress also missed the Thank You meet of the film recently. There are talks that Nithya Menen was in Hyderabad during the time of the pre-release event but she did not make it for the event. Pawan’s fans are in hope that the video song of AnthaIshtam would be released soon.