Young Tiger NTR and Trivikram are teaming up for the second time after Aravinda Sametha Veera Raghava. The film starts rolling once NTR is done with the shoot of RRR. Trivikram is currently working on the script and the latest news we hear is that a young hero will play a prominent role in this untitled film. This is not the first time Trivikram roped in young actors for his films. Aadhi Pinisetty played a crucial role in Agnyaathavaasi, Naveen Chandra in Aravinda Sametha Veera Raghava and Sushanth essayed a pivotal role in Ala Vaikunthapurramuloo.

A popular young actor will play an important role in NTR’s film. Trivikram is yet to approach any actor and things will be decided after the lockdown gets lifted. Trivikram will consider the actor as per the availability of the dates and the commencement of the project. Ayinanu Povale Hasthinaku is the title considered for the project. The title is expected to be announced on May 20th marking the birthday of NTR. More details awaited. 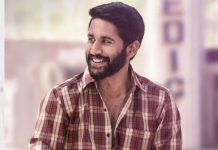