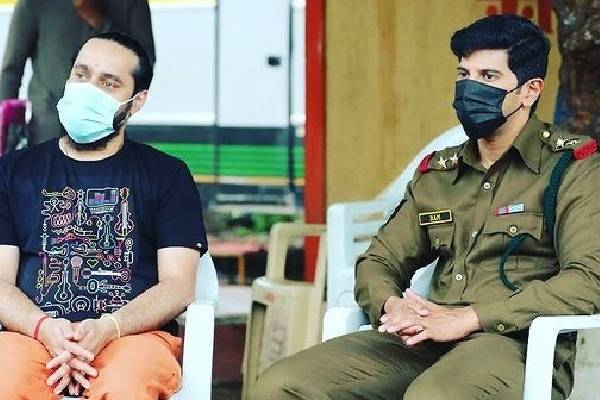 “Dear Ram, Sita and Afreen, it was a pleasure to work with you in ‘Sitaramam’. This film is my biggest opening till date in my journey as music director.”

“I really enjoyed watching you guys perform on screen. Wish you a grand success. I am sure this film is going to open up a lot of exciting doors in the coming days for me.

“I have been longing to work on a project this big. This film is going to remain my favourite forever. Thank you for inspiring me to work uncompromisingly. Looking forward to working with you again. With love Vishal Chandrashekhar.”

Responding to Vishal Chandrasekhar’s post, Dulquer replied: “VC! You broke my heart ! The Background music, especially the climax BGM, caused my insides to hurt. You are the heartbeat of ‘SitaRamam’!”

Director Hanu Raghavapudi’s ‘Sita Ramam’ is a love story set against the backdrop of 1965 war. It has Dulquer Salmaan playing the character of Lieutenant Ram, an orphan, serving the nation in snow-clad mesmerising terrains and gleaming lakes of Kashmir.Pairing with Dulquer is Mrunal Thakur as Sita Mahalakshmi, the lead lady of the film, along with Rashmika Mandanna in an impressive role. The film is presented by the 50-year-old Vyjayanthi Movies and produced by Ashwini Dutt for Swapna Cinema.