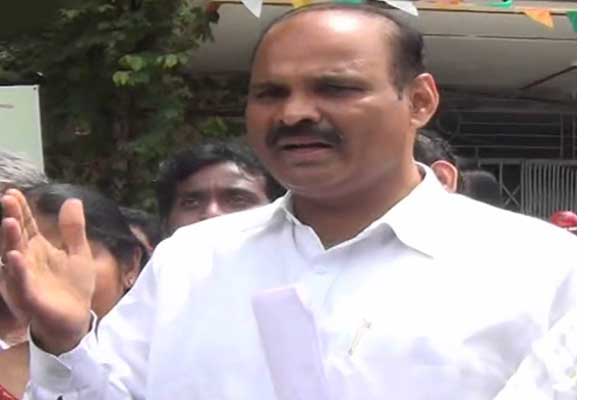 YSR Congress on Monday asked the TDP Government to spell out when the regularization of contract workers and filling up of teachers’ vacancies would take place. The party also alleged that the ruling party was trying to appoint TDP cadre as Anganwadi workers. Similarly the Opposition party said the State was sending out strong feelers about the possible winding up of the welfare schemes including the Rs 1-kg-rice scheme.

The party cited the comments of Anantapur MP JC Diwakar Reddy as indicator to the chief minister Naidu’s mind. ‘TDP MP JC Diwakar Reddy’s remarks that a cup of tea costs Rs 5 while a kg of rice is coming for just Rs 1 only shows that the state is preparing ground to do away with the welfare scheme,’ party official spokesperson K Parthasarathi said Monday.

The suspicion, he said, had arisen because of Naidu’s history of discontinuing many welfare schemes, including the Kilo Rs 2 rice-scheme in his previous stint as CM. “Chandrababu Naidu had a history of discontinuing welfare schemes and the cabinet meetings, instead of discussing the public issues, have become avenues to promote self interests,” Parthasarathi alleged. He demanded that the State should make it clear as to when it would regularize the contact workers and also when the youth, who were successful in DSC exams and were eligible, would be appointed teachers. “With over 28 lakh unemployed youth registered and waiting for jobs, we demand when the notification would be issued,” he said.

“The APPSC Chairman has been speaking in a tone that does not suit the position he holds. His remarks about Government jobs and speaking of more openings in private sector shows the real agenda of the State. Be it Anganwadi workers, field assistants, or contract workers in various departments, TDP government has been ignoring them and are being retrenched in thousands,” he said and added that the government should immediately release calendar of notification for the jobs.