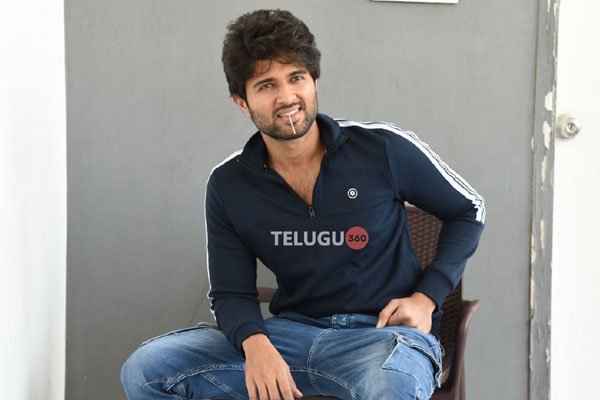 Tollywood producers are betting big on young sensation Vijay Devarakonda as he turned out to be a reliable actor at box office with back to back hits. He is currently occupied with a bunch of projects which are in different stages of production. Recently, his next film titled as Hero has been officially launched in Hyderabad.

In Hero, Vijay D will be seen as a professional biker and he took intensive training from bike riding experts. Reportedly, the film will see Vijay performing breathtaking stunts on a customized bike which is specially designed. Reportedly, the makers are going to spend a whopping 8 Crores for one single episode in this film. In this episode, Vijay will shoot for a thrilling chase episode involving risky stunts. As Vijay’s recent films received tremendous response at box office, producers are willing to spend solid budget on his upcoming films.

Directed by Anand Annamalai, Hero has Malavika Mohanan as the female lead. Mythri Movie Makers are bankrolling this film.