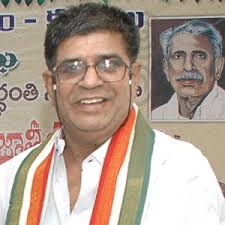 Noted Kannda-Telugu Scholar Kuradi Chandrasekhara Kalkura comments on how chief ministers’ penchant for Vastu is disturbing the physical and institutional structure of our system. A friend of Sivarama Karanth, Kannada Jnanapitha award winner, Kalkura is presently campaigning for the spread of Telugu medium. His Ratham with Telugu message crisscrossed the entire united Andhra Pradesh. A Udupi hotelier, and former Zilla Granthalaya Samstha Chairman of Kurnool, Kalkura comments on how chief minister Naidus’ Vastu belief is going beyond tolerance at the cost of tax-payers money.

Andha Pradesh Chief Minster Nara Chandrababu Naidu, who is renowned as a hi-tech leader, who put Hyderabad on the global map with a slew of initiatives, has apparently opted out of the prestigious Sixth Indian Science Congress citing ‘Vaastu Dosham.” (The session was held at Acharya Nagarjuna University, (ANU) Guntur- in Jan. 2015.

Different opinions are expressed by different astrologers about the day, place and time of his swearing in as Chief Minister on June, 8th, 2014 instead of June, 02. “Chandrababu Naidu’s swearing in time was not auspicious” – comments Swaroopaanandendra Swamy, one year later. Correctness of the Vaasthu in selecting Thullur as Capital is contested. Fixing of the date for beginning the Godavari Pushkaralu is disputed. These are only samples, not exhaustive.

Here is an extract from The Supplement to : “The Journey of My Life” an informative Autobiography of Andhra Kesari Tanguturi Prakasam Pantulu, the first Chief Minister of Andhra State in 1953, and a reference book on the contemporary History (Compiled by his prodigy and disciple Tenneti Viswanatham. Page, 216).

“There was rejoicing everywhere in the Andhra Districts in connection with inauguration of the Andhra Province. However, Prakasam received several letters from prominent astrologers suggesting that the inaugural function should not be fixed on 1st October, as scheduled but either a day earlier or a date later. There was a spate of letters on the subject. However there were objections from the officers for change of date on the plea that the original date would facilitate maintenance of accounts.

“Prakasam expressed his opinion that it was hardly the time to administer the states on the basis of astrologers’ forecasts. Since the astrologers’ objection pertained to his own future, but not the progress of the Province, Prakasam did not bother to attach much importance to them. He commented that none could be a minister for ever, even if the inaugural ceremonies were conducted on an auspicious day fixed by all the astrologers. He added that he would not say ‘no’ to the date fixed by the Central Government.”

It is well known that that the Prakasam’s Ministry fell after 13 months. He was sympathetically asked, “Pantulugaru, you are pulled down, for your rigidity and adherence to principles. Why do not you compromise and adjust to the changing circumstances? Where do you go from here? There is no house of your own.”

Prakasam was characteristic in his reply: ” Arhe! When many streets and Colonies are named ‘Prakasam Street/Nagar’, why should I have a separate house.?” He was an embodiment of Sthitaprajnata! And this is one of the many an excellent examples. This reminds the scene from Shakespeare’s Julies Caesar: “Beware of Ides (15th) of March” was the warning by the Soothsayer. “O Caesar, read mine first, for mine’s a suit/ That touches Caesar nearer; read it, great Caesar”. Caesar retorts: “What touches us, ourself shall be last served.”

Reverting to the Sixth Indian Science Congress, it is reported that the organizers and participants, were not happy with the chief minister skipping the historic session. Eminent nonagenarian Scientist, Swaminathan, (born 7 August 1925) known as the the father of Indian Green Revolution. “Expressed his disappointment at the absence of the chief minster saying that he wanted to discuss with him several matters.” He is one of the most respected figure in the comity of scientific world. The CM must have been informed, much in advance about the venue and timing. If he was so particular about the Vaastu, he could have either persuaded the organizers to shift the venue, at least, just for the inaugural Session or could have given them point blank his mind. He seems to be more concerned with his Vaastu than the future of thousands of budding Scientists. It was a “Science Congress.” If he was so convinced about authenticity of Vaasthu he could have ordered a separate session on “Astrology and Vaastu”.

The CM’s attachment for Vaastu is being regularly reported. Though the fixed date for the bifurcation of the State was June, 2, 2014, he took Oath of Office on June,8th. The Venue was shifted from ANU to a nearby vacant land. At every step in the administration, he is advised by the some Astrologer or a Vaastu specialist to follow a particular path. In spite of the opposition from all the wise counsels, the C.M. is going ahead with the construction of the Capital in the Seismic and Cyclone prone areas of Tallur in Guntur/Krishna district’s Border. Vagaries of nature must have been predicted to the C.M. As though the country is bereft of engineering skill, the Singapore and Japan technologists are invited to construct the Capital; obviously all these with the advice of Astrologers and Vaastu specialists.

Irrespective of the origin of the Hukka and Bukka, the founders of the Vijayanagara Empire, historians agree that they were supported and inspired by Vidyaaranya, a saint at the Sringeri monastery to fight the Muslim invasion of South India. The redoubtable Vidyaranya, an ardent follower of Adi Sankaracharya is considered the greatest in the long line of Saints of Sringeri. He fixed the Muhurtham (auspicious occasion) for establishing the mighty Vijayanagara Empire in 1336, on Vijayadasami. The Empire was established at Hampi, said to be Kishkinda of Ramayana on the banks of the River Tungabhadra. It is well known that the Deccan Sultanates, in the battle of Talikota defeated, captured and killed the Vijayanagara ruler, Aliya Ramaraya in 1565.
The empire disintegrated and finally had its swan-song in 1646. Were the victors advised by better experts on Vaasthu and astrology? Even the kingdoms of the Sulthanates of Deccan were liquidated and did not last forever.

Vijayanagara Empire, particularly Srikrishnadevaraya is still remembered not merely for the Temples they built, but more for their patronage of Art, Architecture, Literature, and Social relations and Economic developments; with emphasis on irrigation. The empire is lost. But the Vijayanagara Canal on Tungabhadra and Flood Protection Wall along the River Tungabhadra still serve the people.

Just as one has unflinching faith in his family physician, one reposes confidence in a particular Vaasthu and Astrology expert. Naidu himself, an ardent follower of Vastu and Astrology, has his own advisers. They may not be the most competent. Not only Naidu, many persons in public life, even the scientists all over India have immeasurable belief in Vastu and Astrology. It looks as though the dates and timings for launching of the Satellites and Mangalayan were also decided by the Astrologers. Everyone has the right to chose the experts of his favor in personal matters. But transparency is the hall mark of Public Administration. The Governments must be prepared to answer any queries under the Right to Information Act. There are idle talks about the controversy and failure of every project and scheme of the Government. !!! e.g. Why there is controversy over Pattiseema and Polavaram? Non observance of Astrology and Vaasthu or wrong technical advice!

Hence we do not know how many more existing buildings and projects will be demolished /altered /rebuild to suit the present day Vaastu, as analysed by some Pundits. The present Vaasthu may ill suit the future CMs. Man is mortal. The capital and the projects are eternal. If Vaastu is scientific or sentimental or symbolic or all the three, nothing prevents the CM from instituting/creating a regular department of Vaasthu and Astrology, either attached to the Department of Human Resources or Endowment or PWD in Secretariat and order every file to be circulated through the department. It is better that the Central Governments also follow the suit to have a wing of the Vaasthu and Astrology.

Chandarababu Naidu is an individual. Chief Ministership is an Institution. Andhra Pradesh is a State. Interests of an Institution and a State cannot be mortgaged to the whims and fancies of half baked knowledge of a few individuals however high they may be. It is high time, that the Governments, if necessary by suitably amending the Law, declare all the Government buildings, old and new are Heritage Buildings, so that, in the garb of Vaasthu they are not meddled with, thus avoiding a burden on the tax payers’ money.

I wish the Officials be firm about the norms and procedures and not to nod their heads for anything and everything that the CM commands. This is to urge the C.M. not to entrust the administration to the Astrologers and Vaasthu Pundits.