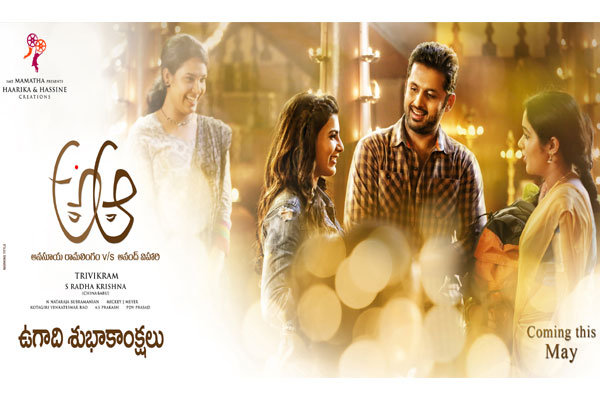 Trivikram Srinivas’ upcoming family entertainer A..Aa has wrapped up its shoot recently and the post production work is currently going on at a rapid pace. Starring Nithiin, Samantha and Anupama Parameshwaran in the lead, A..Aa features veteran actor Nadiya in a crucial role.

According to the latest update, the first teaser of the film will be released on Wednesday. The audio launch will take place in a few days and the makers are planning to release the film on May 27th. The first look posters have garnered a enthusiast reception from the audience.

Mickey J Meyer is the film’s music composer and S Radha Krishna of Haarika and Hassine Creations banner is the producer. 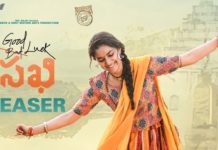 Jagan hoists Tricolour in Vijayawada for a 2nd time