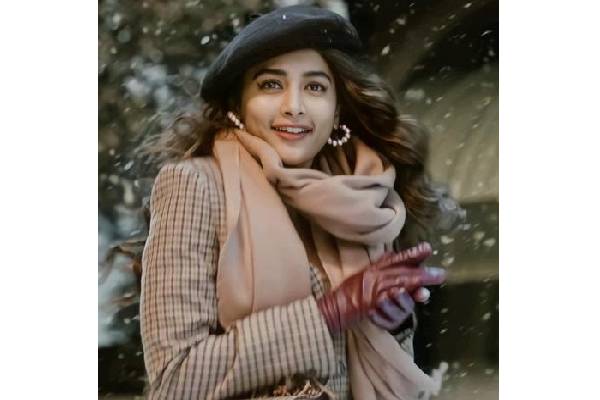 An interesting trivia about ‘Aashiqui Aa Gayi’ from ‘Radhe Shyam’ reveals that the song was shot in freezing temperatures, while Pooja Hegde, along with her co-star Prabhas, had to endure the extreme weather conditions.

The love saga hit the screens on Friday, grabbing everyone’s attention. One of the most-loved songs from ‘Radhe Shyam’ is being talked about, for its picturesque locales in Italy, as well as the grandeur.

It is reported that Prbahas and Pooja Hegde had to endure a freezing temperature minus 2 degrees Celsius in the rains for the picturisation of the song. The song was shot at a hill station in Italy and had extreme weather conditions at the time of its shoot.

The superhit song brought forth a new side of the versatile actress, Pooja Hegde. Pooja’s role as Prerana has conjured the audience, as she has been receiving good reviews for her role opposite Prabhas.

Apart from ‘Radhe Shyam’, Pooja is gearing up for her upcoming movies, including Salman Khan’s ‘Bhaijaan’, ‘Cirkus’ opposite Ranveer Singh, ‘Acharya’ with Ram Charan, and ‘SSMB28’ opposite Mahesh Babu.