Switch to: తెలుగు
Home Movies Movie News Is it true that Rajamouli reserves the best stories for NTR? 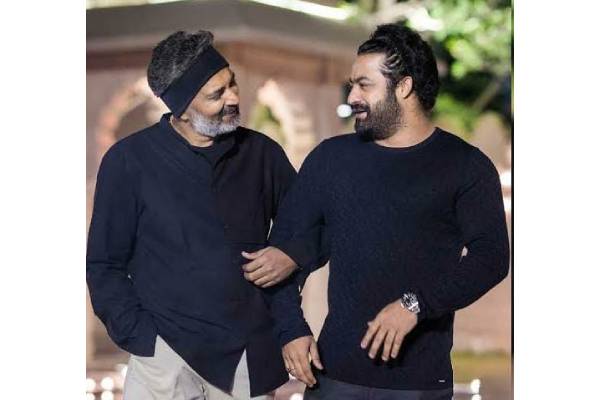 SS Rajamouli, the most-hyped director of the country right now, is also known for his bromance with ‘RRR’ actor Jr. NTR. Even other stars who have worked with Rajamouli think the filmmaker reserves the best stories for NTR.

Rajamouli, who took an opportunity to interact with pan-India actor Prabhas, for his movie ‘Radhe Shyam’, had an interesting talk regarding the movie earlier.

During the leisure talks about ‘Radhe Shyam’, Prabhas recalls a previous conversation with Rajamouli. He expressed that he always wondered when Rajamouli would make a movie with himself, as he always spoke about storylines he had fixated for Jr. NTR.

“When I met Rajamouli during ‘Yamadonga’ movie, he always mentioned his upcoming projects with NTR. That made me wonder when I would get an opportunity to work with him”, Prabhas said.

Rajamouli, who has always mentioned that he liked NTR more than any other actors, has always maintained the same friendship with the ‘Aravainda Sametha Veera Raghava’ hero.

The fact that SS Rajamouli and NTR started off their individual careers with their movie ‘Student No. 1’, they have bonded well in years. Folks from the industry also talk about how Rajamouli tries to reserve some good storylines for NTR.

Rajamouli’s next- ‘RRR’, which is touted to be a visual wonder, has Jr. NTR essay the role of the ‘Gond Veer’- Komaram Bheem, who was a tribal leader and a freedom fighter.