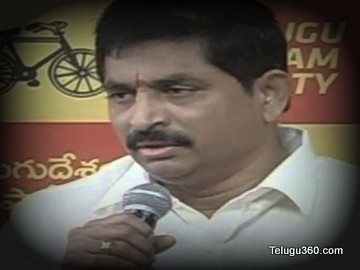 While Sandra was not available at his residence last night, reports indicated that the bureau sleuths informed his family members that he needs to attend the interrogation in next 48 hours.

Later, the cops reached Vem’s residence at around 11.30 pm. Vem, who spoke to the media after ACB officials left the place, said that the officers requested him to go with them for an inquiry.

As I am a patient, I told them (ACB) that I would see them in the day time, added Vem Narender Reddy.
The sources said that ACB is likely to serve notices to over a dozen TDP leaders, including MP CM Ramesh.