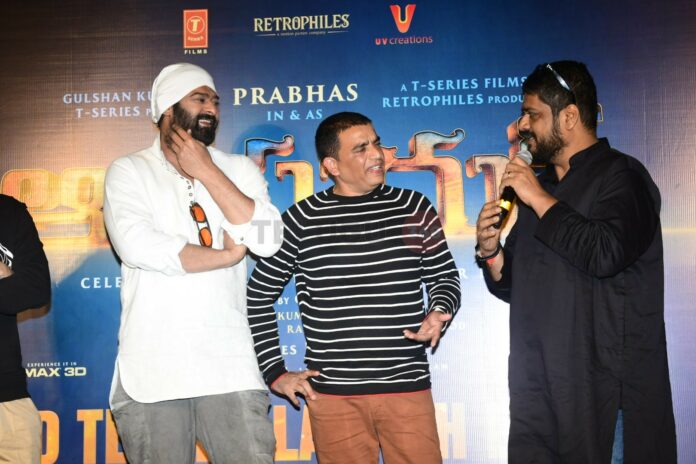 The teaser of Adipurush is out recently and the response is quite mixed. The teaser sounded more like an animated film. The makers released the 3D teaser of the film for the Telugu media today evening in AMB Cinemas in Hyderabad. During his speech, Prabhas revealed that he was thrilled after he watched the teaser for the first time in 3D. “I was left amazed and thrilled with the 3D content of Adipurush. The 3D technology of Adipurush was never seen on the Indian screen in the past. I would love to hear about the feedback of the 3D teaser. It would be screened for my fans in 60 theatres tomorrow. Waiting to hear from you” told Prabhas.

Dil Raju attended the event of Adipurush as a special guest. He said that Adipurush is an experience. “I heard about the trolling of Adipurush teaser. I know the back story and Adipurush would be a massive hit. I watched Tanhaji on OTT after Prabhas signed Adipurush” told Dil Raju. Adipurush is a mythological drama directed by Om Raut. Prabhas, Kriti Sanon and Saif Ali Khan played the lead roles in this mega-budget film that is aimed for a January 12th 2023 release. T Series and Retrophiles are the producers.