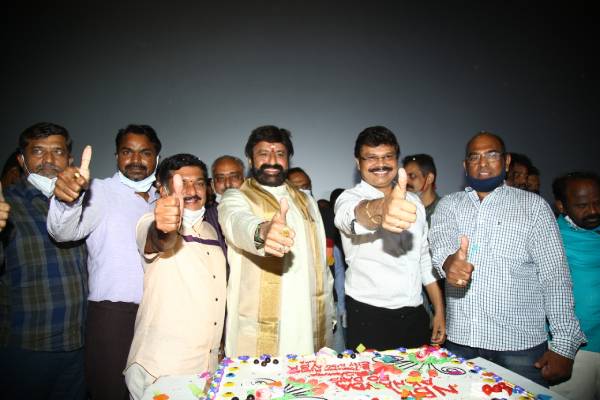 Boyapati Sreenu thanked the Telugu audience for making Akhanda such a huge blockbuster and he stated the team dedicates the success to Nandamuri Taraka Rama Rao. He further requested the audience to lend the same support for his next projects as well.

Balakrishna stated that the team is celebrating fourth occasion. “While the first celebration was on release day, the second one was English New Year, the third one was Sankranthi and the fourth one is 50 days celebrations, that is today. Boyapati and I happened to work together with the blessings of NTR and god. We delivered hat-trick hits. Akhanda actually described the greatness of Hindu Dharma. It’s not a Pan India film, but a Pan world movie.”