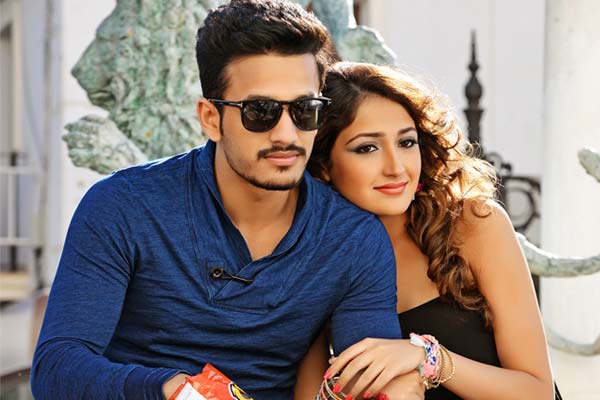 [intro]  Akhil comes out good with a limited show because of a dull script and unimaginative story for a debut. There is a future waiting for him. [/intro].

Somebody once asked a highly successful film family patriarch how to launch the perfect vehicle for a star son . The patriarch said,”Act in the second film first.” When the interviewer quizzed him again, he said the first film is just a formality, don’t read into it too much. That is precisely the point one should take home after watching “Akhil- the power of Jua”.The film was cut to the short length of 130 minutes and imbued with graphics. Is it watchable? Yes, if you go by the first half. No, if you want to sit through the whole movie.

Does it have a great story for a debut film? No, again. The story starts with a figment of sci-fi that starts in Africa: What happens if Earth gets burnt by the fury of Sun instead of getting rejuvenated every day? So a group of tribals living on the ruins of an empire want to protect the world from melting away under the fury of the Sun by embedding a medallion bearing the Sun God (Jua) image onto the mouth of an inactive volcano. But there is a Russian Oligarch Quatrochi (sounds incredulously close to our own Bofors agent) and his stooges in Africa watching this aboriginal tribe plan  steps to save mankind. A parallel story runs of Akhil falling in love with Sayesha. Destiny attracts both Akhil and Sayesha to Africa from India to Spain. The climax of the film is whether the hero saves the tribe and the girl from the avaricious Russian billionaire or not.If this story sounds like the mother of all fairy tales layered with a Bond film with a beautiful girl, a bevy of villains and the hero showcasing all the new and old  tricks learnt, it may be the idea behind the whole film – touted to be made at a cost of Rs.45 crores.

Direction:
Once again, VV Vinayak gets the onerous job of launching a suave-looking star-son Akhi with a budget that leaves no stone unturned. There are just too many forces at work in this film which can come in the way of a runaway success despite the output invested with some good entertainment in the first half with Brahmanandam, Vennela Kishore and a bunch of newcomers playing hero’s friends. What beats the film is the illogicality of the  story where Sun can be a destroyer of the planet – this can be a theme to warm a whole year’s conference in Kyoto but it has no takers yet. Secondly, the reason for Russian Oligarch’s interest in the whole project of indemnifying Earth from Sun’s malefic effects was not explained even once; Thirdly, the connection between Jua tribe and Akhil was not established – there are references that someone from his family have also protected them from evil forces in the past but there is no scene to connect any flashback or character throughout the film. Fourth, in a debut film, the story ought to be either hugely commercial with a basic plotor uniquely attractive; by failing to be both, the stage itself is set for a disaster debut for Akhil with a far complicated plot. Vinayak’s flaw is he neither fully concentrated on Akhil nor the characterisation that is essential to establish a debut hero. In the film, Akhil is shown an orphan, a fatal flaw in projecting a debut hero to the masses.

Akhil’s Performance:
If the focus of the film was to project Akhil in good light, the team succeeds only fifty per cent of the time. Akhil is shown in good closeups and long shots with power dressing most of the time including the six-pack that he so assiduously built in the first film itself. He looks good in dancing and projects himself heroically in stunts though the chemistry with the heroine is awkward and thats understandable in the debut film. Akhil’s voice is a cracker of a strength for him but the baritone sounds too much for the slightly frail frame that he inherited from his father – it looks a tad smaller for a hero because of his long face and staid looks. What goes to Akhil’s credit is his immaculate dancing skills and fights where he looks picture-perfect and dashing. The emotional scenes with Rajendra Prasad should have got added more to connect with the family audiences and add relief in the second half where the entire action shifts to Africa. While a debut film can only show few strengths of a hero, this film give you no such traces despite the last song where Nagarjuna comes in a cameo dance sequence that lasts just 90 seconds. Overall Akhil looks presentable and at ease in front of camera inspire of the lopsided characterization  which gives no scope to improvise or dominate in performance.

The Starcast & Crew
Talk about the heroine Sayesha Sehgal. She has a pretty face and a good screen presence but she looks out of step with the gawky hero Akhil. She wears the same expression in any costume or any makeup and that seriously undermines the wow factor that can work in lifting a film’s fortunes at the box-office. The rest -Mahesh Manjrekar gives you good laughs along with Brahmanandam and the other comedians.Brahmi’s comedy sequence in Africa about punning on “Father” and “Church Father” are hilarious and one of the best relief moments. Rajendra Prasad shines in the few scenes in the first half – perhaps the only one who steals the show, why can’t we have more of him in every hero’s films? Music by both the composers is good and the picturisation in exotic locations gives you some visual relief in a film that moves briskly with over-complicated theme. “Padesaave” and “Hey Akhil” are choreographed well and show Akhil as the newest kid with springs below the knees which can never be arthritic. The mass song “Akkineni” is well-shot in typical Vinayak style. The film has got Kona Venkat in credits and a new story director called Srinivas K and about a dozen Associate Directors – almost all of them failed in giving a winning formula script that just delivers a vanilla debut film. The only dialogue that stands out is the one on parents that Akhil says. Technically, the film’s graphics and the under-sea sequence give you some great thrills. Akhil’s reputation as a water-baby is amplified by that ten-minute sequence under water. It is jaw-dropping. The sequences with animals are good for kids – some fresh shots of striped animals and the ferocious lion without CGI effects stand out.

The Final Word:
On the whole, the first half is watchable but the graph drops big time after interval and never recovers. Akhil comes out good with a limited show because of a dull script and unimaginative story for a debut. There is a future waiting for him if he builds on the attention he gets in the film despite everything not falling in place.  But his strengths are different from those of his father or his grand-father. His sensibilities may not attract the B and C centers unless he tackles different scripts. Akhil should quickly latch on the second movie as the moral of the story goes, in the introduction. 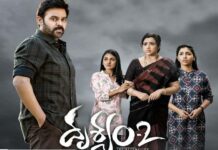 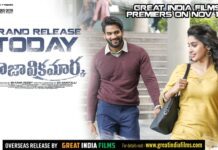