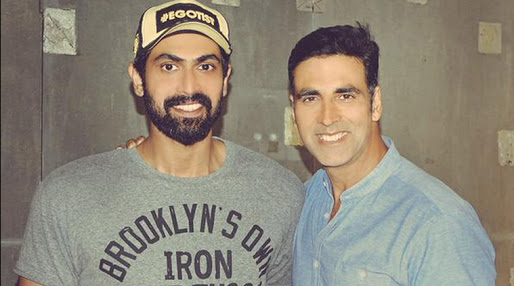 Bollywood action hero Akshay Kumar and Rana are best of buddies since they acted in Bollywood super hit film Baby together. Now they are going to jointly produce a Telugu film. This film is a remake of Marathi super hit film Poster Boyz. Currently the casting of this film is being finalized in Hyderabad. This remake will go on sets in the month of September and is being planned for a single schedule shoot. Gopi Ganesh, who earlier directed Romeo – Puri Rasina Prema Kadha with Sai Ram Shankar will be directing this film. Shoot of the film will take off in picturesque locations on the banks of river Godavari.