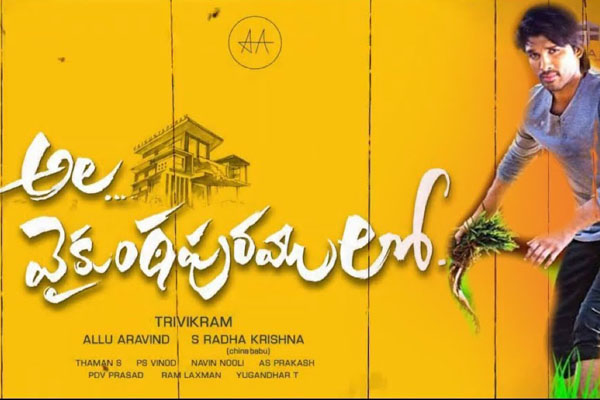 Samajavaragamana is undoubtedly one of the best songs in the recent times and the single clocked over 40 million views and is still counting. The team of Ala Vaikunthapurramuloo is left delighted with the response. On the eve of Diwali, the second single from the film will be out. The film’s music composer Thaman and his team shot for a special video byte (same as the first one was canned) in a special set erected in Annapurna Studios for the original song.

With enough time for release, the makers of Ala Vaikunthapurramuloo are busy promoting the film already. The shoot of the film is happening at a fast pace and the entire shoot will be called off by November. Allu Arjun and Pooja Hegde are the lead actors in this family entertainer directed by Trivikram Srinivas. Right after the completion of the shoot, Allu Arjun will shoot for a special promotional song that will be released in December. Ala Vaikunthapurramuloo is slated for Sankranthi 2020 release.