Switch to: తెలుగు
Home Movies Movie News Ala Vaikunthapurramuloo to release in Theatres in Hindi 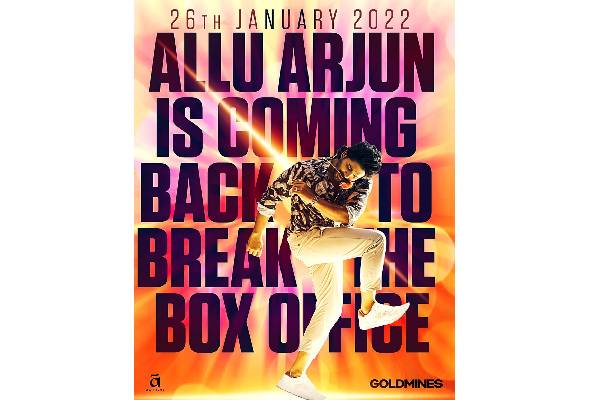 Stylish Star Allu Arjun’s recent offering Pushpa: The Rise has done fantastic business across the theatres in North India. The film grossed over Rs 80 crores in the North which is huge considering the pandemic situations. The latest update is that Allu Arjun’s previous blockbuster Ala Vaikunthapurramuloo is all set for a theatrical release in North on January 26th. The film is currently being remade with Kartik Aaryan as Shehzada and will release at the end of this year.

Manish Shah of Goldmines Telefilms holds the entire Hindi rights of Ala Vaikunthapurramuloo excluding the remake rights. He decided to release the dubbed version in theatres on January 26th and an official announcement was made today. It would be a great opportunity for the film to perform well as there are no major releases and Ala Vaikunthapurramuloo will also have the advantage of the Republic Day weekend. Trivikram directed this romantic family entertainer and Pooja Hegde is the leading lady in Ala Vaikunthapurramuloo.

ALLU ARJUN: AFTER 'PUSHPA', NOW HINDI DUBBED VERSION OF 'ALA VAIKUNTHAPURRAMULOO' IN CINEMAS… After the historic success of #PushpaHindi, #AlluArjun's much-loved and hugely successful #Telugu film #AlaVaikunthapurramuloo has been dubbed in #Hindi and will release in *cinemas*. pic.twitter.com/1jqkcqCEzI