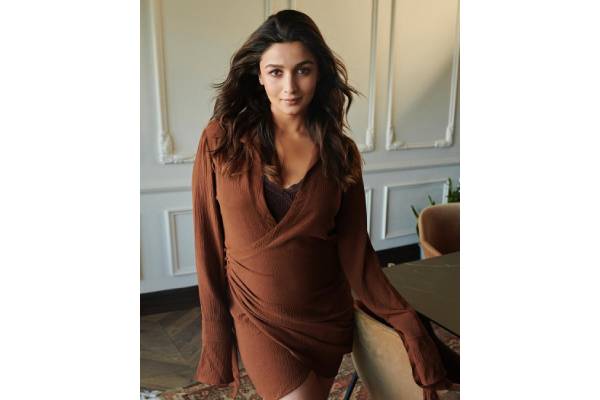 Bollywood star actors Ranbir Kapoor and Alia Bhatt got married recently and they are expecting their first child very soon. Alia Bhatt and Ranbir Kapoor posed for the media after the song launch preview. Alia Bhatt posed with her baby bump for the first time. The actress wore a short brown dress and Ranbir, Alia posed for the pictures together. Alia looked simple and natural while Ranbir stunned everyone in casuals with rounded sunglasses. The duo is betting big with Brahmastra and the film is heading for a September release.

Ranbir and Alia looked extremely energetic during the promotions of Brahmastra. The film is made on a huge budget and is directed by Ayan Mukerji. Amitabh Bachchan, Nagarjuna and Mouni Roy will be seen in other important roles. Dharma Productions bankrolled Brahmastra which will release on September 9th. Alia Bhatt’s web project Darlings released on Netflix and the response has been mixed.