Switch to: తెలుగు
Home Politics Kesineni refuses to give flower bouquet to Naidu 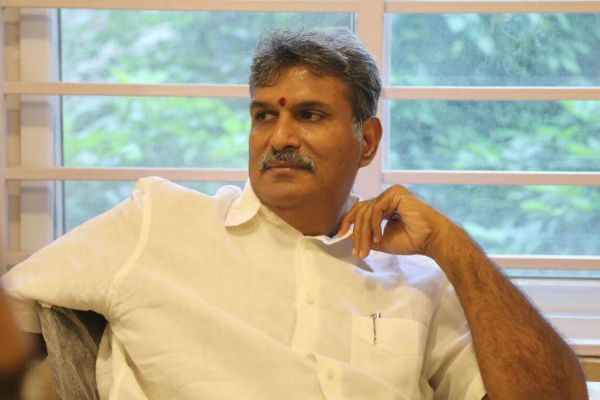 Vijayawada TDP MP Kesineni Srinivas alias Nani is moving away from the TDP, if one takes the recent developments into account. He is angry with the party leadership for promoting his brother Kesineni Sivanath without his consent.

The MP alleges that both Chandrababu Naidu and Nara Lokesh were promoting Sivanath in Vijayawada politics. In fact, Sivanath had started his direct entry into active politics recently by meeting some TDP leaders in Vijayawada.

In this background, Kesineni Nani is moving away from the TDP and he is reluctantly participating in the party activities. This was evident when TDP chief N Chandrababu Naidu visited New Delhi on Saturday. The party MPs have received Chandrababu Naidu at the Delhi airport.

TDP Parliamentary Party leader Galla Jayadev had offered a shawl to Naidu welcoming him at the airport. He had tried to pass on the flower bouquet to Kesineni Nani asking him to give it to the party chief.

It was then that Galla Jayadev offered the bouquet to Chandrababu Naidu and followed him to Rashtrapathi Bhavan, where they greeted new President Droupadi Murmu on her election.