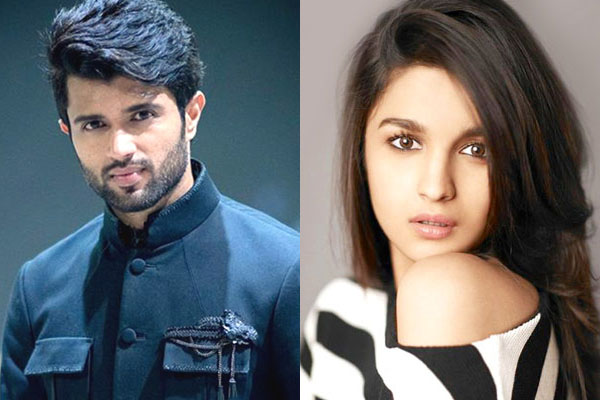 Top Bollywood actress Alia Bhatt left Tollywood actor Vijay Devarakonda in heaps of praises. During a media interaction at Filmfare Glamour and Style Awards, she was asked about the Best Actor and Actress of 2019. Without any hesitation, Alia replied saying that Vijay Devarakonda is her favorite actor of the year ignoring several Bollywood stars. Among the actresses, Alia Bhatt said that Anushka Sharma is her choice. Vijay Devarakonda is creating ripples in Bollywood along with Tollywood. The actor recently participated in the Round Table Conference hosted by Anupama Chopra representing Telugu. He interacted with several top Bollywood and South Indian actors in the debate.

Vijay Devarakonda should utilize this opportunity and pick up the right films to cement his position across Bollywood and turn a pan Indian actor soon.