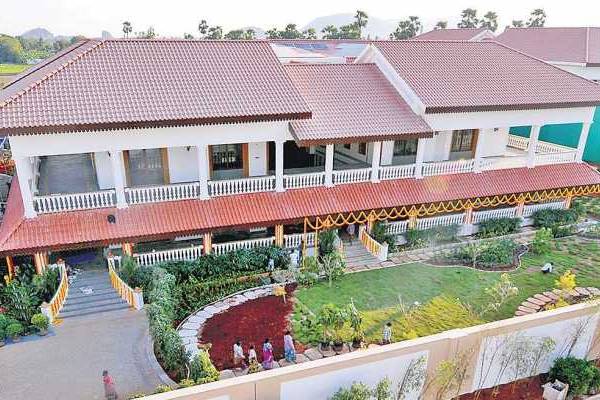 Andhra Pradesh Chief Minister YS Jaganmohan Reddy is speaking about decentralisation of power and administration for the balanced development of all sections of people and all regions of the State on an equal footing. Is this happening in the field level? Take for instance, the district level administration. The district officials would have to answer to their IAS and IPS bosses at the state level. But, in a departure from the established rules, they were receiving and carrying out commands that were directly being sent from the top ruling party leadership. ABN Radha Krishna, in his latest Weekend Comment, says that it has become a routine that orders were being directly issued from CM’s Tadepalli palace to officials all over the state without the knowledge of the Chief Secretary, Principal Secretaries or the Director General of Police or the Ministers concerned. All these were coming to know of many important developments in their own departments after everything happened.

Virtually, Tadepalli palace has become the centre of all concentration of power and the seat of the State’s administration.

RK says that the same would be the case with the ongoing phone tapping controversy. It is for this reason neither DGP Gautham Sawang nor the Home Minister could be held responsible for the alleged violations. Both the Chief Ministers in Telugu States were rising above the established norms and conventions. They were keeping a close surveillance on their own party leaders not to speak of top officials, industrialists and Opposition leaders. With this, the leaders of both YSRCP and TRS were terrified even to express their opinions freely with anybody.

According to RK, a very peculiar situation was emerging in Andhra Pradesh. There were suspicions that the phones of judges of the High Court were being tapped on a large scale. The Government’s advocates argued that there was no tapping and even asked the court to order an enquiry. Their confidence might be that there was difficulty involved in showing evidence for phone tapping. But the fact is that in any offence, the guilty parties would leave some evidence or other eventually. Ultimately, the players responsible for phone tapping would have to answer for their violations.