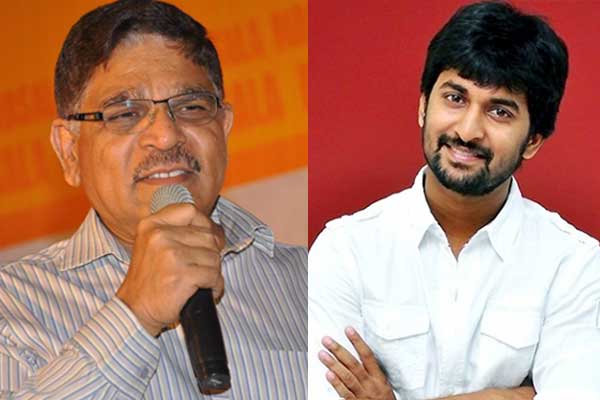 Talented actor Nani is back in reckoning with the mesmerizing success of his recent comedy caper Bhale Bhale Magadivoy. The film has brought Nani out of the rough patch and he is currently working for Hanu Raghavapudi’s film. Soon after completing this film, Nani will team up with Astha Chamma director Mohan Krishna Indraganti.

Telugu360 has exclusively learnt that ace producer Allu Aravind will produce a film with Nani next year. It is heard that a young director will wield the megaphone for this film. The film will roll out in March and the details about the project are closely guarded as of now.