Aha Telugu streaming platform has joined forces with Allu Arjun to publicise its new strategy- to stream a new film every Friday from the New Year.

This decision has been announced in a video titled ‘CinemAApuram is now ahapuram’, in which ‘Bunny’, who is riding high on the success wave of Pushpa, visits a village named Cinemapuram.

As the name suggests, the village is full of people obsessed with films and they are not even ready to work without watching Friday release. Much to their excitement, Allu Arjun announces the latest strategy of Aha, following which the village’s name changes into Ahapuram.

The ‘Ala Vaikuntapuramlo’ actor also reveals the new tagline of the streaming platform- ‘Telugu Vaari Koththa Alavatu’. The video has been shot like in a grand manner like a film and it is sure to capture the attention of the audience, in sync with Aha’s plans to attract more subscribers in 2022. 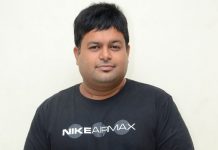 Thaman shares about the gutsy decision of NTR 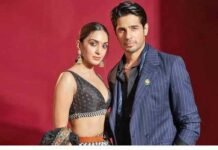