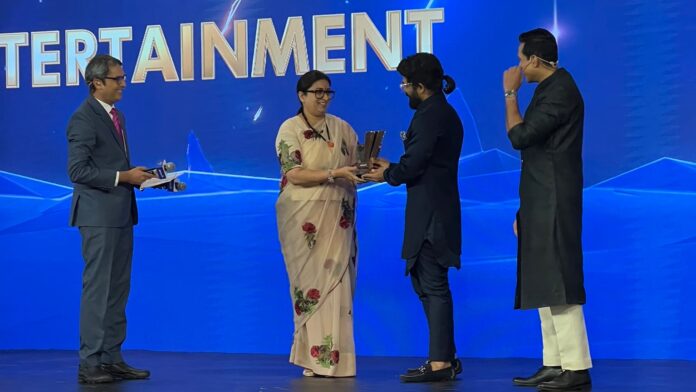 Stylish Star Allu Arjun who is breaking the barriers of cinema is the Icon Star and his craze has been reaching all the corners of the country. The top actor received the CNN-News18 Indian of the Year 2022 Award in a grand event that was held in New Delhi. Allu Arjun received the award from the Union Minister Smriti Irani. This is the first award for the actor from North after he started his career. The actor’s last outing Pushpa: The Rise received wide reception from the North Indian audience. Allu Arjun’s mannerisms from the film went widely popular all over.

The actor thanked for being awarded the Indian of the Year 2022 in the category of entertainment. “I have received many awards in the South and this is the first award from the North. I am glad that we have differences like North and South. The beauty of our country is diversity. But when we made Pushpa: The Rise, it was celebrated by the entire India. We are proud that it is the victory of Indian cinema. I am glad that I could entertain the audience during the tough times” told Allu Arjun. The actor will soon commence the shoot of Pushpa: The Rule directed by Sukumar.