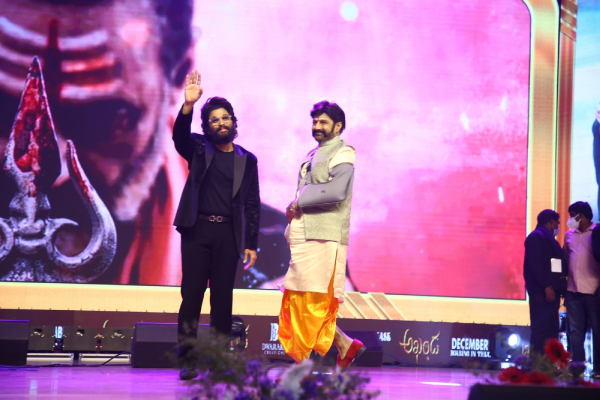 The pre-release event of Nandamuri Balakrishna’s upcoming movie Akhanda took place last night and top director SS Rajamouli, star actor Allu Arjun attended the event as Chief Guests. “I started my career watching the movies of Chiranjeevi and Balakrishna. It is a honour to grace the event of Balakrishna garu who is a father figure for me. I have known Boyapati Sreenu even before the release of his first film Bhadra. I have seen his journey in his career. I loved the trailer of Akhanda and it is fantastic. Wish Akhanda is a booster for the career of Pragya Jaiswal” told Allu Arjun.

“Balakrishna garu is in this stage in Tollywood because of his addiction to cinema and his dialogue diction. I am in love with his diction and he is flawless with his dialogues. He is a real man on and off screen. I love this quality in him. After the pandemic, everyone wants the industry to be successful. Akhanda is the first biggie releasing after the second wave of coronavirus. I hope Akhanda will be a huge hit. Soon Pushpa should end up as a super hit and it should continue with RRR. I thank Balayya garu for inviting me for the pre-release event of Akhanda” told Allu Arjun.

Gone are the days when the fans of Mega heroes and Nandamuri heroes fought tooth and nail. The heroes as well as the fans of these heroes are mingling with each other and displaying warm gesture nowadays. In the pre release function of Akhanda, Allu Arjun says Jai Balayya and this could not have been even imagined couple of years ago. Details as follows.

Allu Arjun attended Akhanda pre release function as special guest. He spoke very sensibly in this function. He put forward a valid point that big movies are in more trouble compared to small movies post pandemic, thanks to OTT platforms that are supporting small movies. He urged the audiences to continue supporting the Telugu movies and hoped Akhanda will be torch bearer in reviving the glory of Telugu cinema.

While Allu Arjun was speaking, the fans of Balayya were continuously pressurising him to say Jai Balayya. He took it very supportively and told that he knows how happy the fans will be if he says that word and for the sake of their happiness he will definitely say those words at the end. As promised he ended the speech with the words Jai Balayya and that made the day of Nandamuri fans. 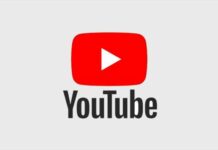 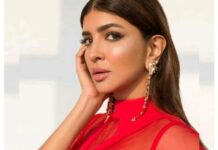