Switch to: తెలుగు
Home Politics Why Jagan is in a rush to create new districts in AP... 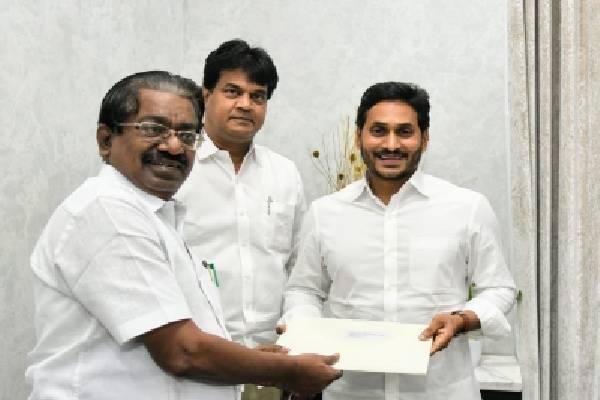 Andhra Pradesh Chief Minister YS Jaganmohan Reddy seems to be in a rush to create new districts in the state.

The deadlines fixed by Jagan for officials all of a sudden to start the process for creation on new districts shocked officials.

This means that just one month (December) is left for officials to meet the deadline.

Creation of new districts in AP was decided by Jagan in 2020. But the CM ignored to take this initiative forward for the past one one and half year.

Now all of a sudden he wants officials to complete the ground work in a month.

Officials informed him that districts cannot be increased unless the Census is conducted by the Centre.

The Centre announced to conduct Census from January 2022 though it was supposed to start in 2020 which was halted due to Covid pandemic.

Despite this, Jagan asked them to complete ground work like issuing draft notifications on new districts, their boundaries and conduct public hearing in a month.

Jagan wants districts in AP to de doubled from 13 to 26 although he earlier stated that districts will be increased to 25 based on 25 parliamentary constituencies.

Even if Jagan retains power in 2024 Assembly polls or not, Jagan wants to establish his mark in Andhra Pradesh forever by increasing
districts which subsequent governments will also need to follow.