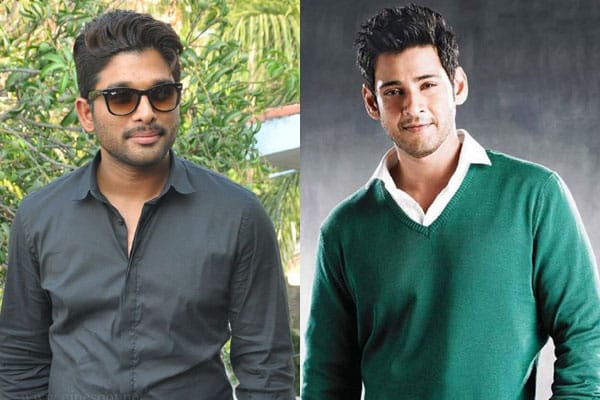 Both Mahesh Babu and Allu Arjun might miss out on a box office clash this year, but they are likely to vie for upper hand during Sankranthi next year.

According to the industry sources, Mahesh Babu‘s next film with Koratala Siva which is titled as Bharat Ane Nenu and Allu Arjun’s Naa Peru Surya are looking for release next Sankranthi. If this buzz turns out to be true, then it will be the first time both Mahesh and Bunny are going to lock horns at the box office. Interestingly, both these films are going to explore a similar genre – Patriotism.

In Bharat Ane Nenu, Mahesh Babu will be seen as an NRI who turns a powerful politician in India under unforseen circumstances. In Naa Peru Surya, Allu Arjun will be playing an Army man who places his country before everything. Vakkantham Vamshi will be directing this big budget entertainer.

The regular shooting of these two films will commence once Bunny and Mahesh wrap up their current commitments.