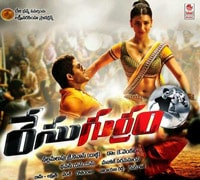 Bollywood filmmakers are keen to remake Tollywood blockbuster films. The dubbed versions of Telugu movies have been getting record views on small screen and YouTube. Yesteryear movies like Mithunam, Chatrapathi and Oosaravelli will soon be remade in Hindi. The latest news is that Allu Arjun’s blockbuster film Race Gurram will soon be remade in Hindi. Race Gurram is an out and out commercial entertainer that narrates about the bonding of brothers. Surendar Reddy directed the film and Race Gurram was the biggest hit in Bunny’s career during those days.