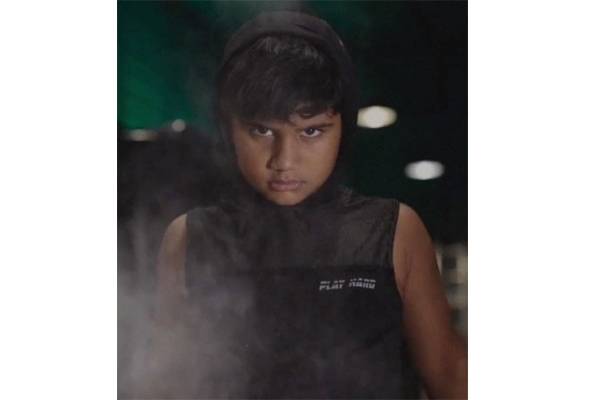 Tollywood star Allu Arjun’s son Allu Ayan, who is all of seven years old, is making some noise with his latest video. While everyone started wondering why a seven-year-old is doing intense workouts, it emerges that Allu Ayan was just helping his uncle Varun Tej, to promote his upcoming sports drama titled ‘Ghani’.

As a part of the promotional activities, Allu Ayan, who wanted to create fun, has imitated his uncle Varun Tej, from the movie ‘Ghani’. Despite oozing cuteness, Ayan manages to give an impact by appearing as the ‘little Ghani’ in one of the recent videos. Ayan reprising his uncle, has now become viral, drawing attention from all.

‘Ghani’ is a sports drama film written and helmed by Kiran Korrapati, stars Varun Tej and Saiee Manjrekar in the lead roles. While Varun Tej plays a boxer in this movie, he has undergone intense training to appeal to the audience. Also, the makers had released the ‘Ghani Anthem’, in which Varun Tej is seen working out, and undergoing intense training sessions.

‘Ghani’, which is slated for its huge release soon, is jointly produced by Sidhu Mudda and Allu Bobby under the banners of Renaissance Pictures and Allu Bobby Company. The film is presented by Allu Aravind.