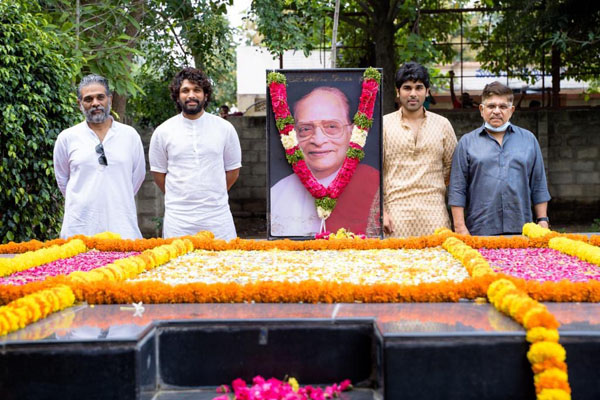 Marking the birth anniversary of Allu Ramalingaiah, his family members announced ‘Allu Studios’ and the groundbreaking event took place this morning. Allu Studios is the first-ever studio that is constructed by a Tollywood producer or a filmmaker in his own land. Earlier, top studios like Annapurna, Ramanaidu and Padmalaya Studios are constructed or developed in lands that are offered by the respective governments and they are not owned by the filmmakers. Allu Aravind and his family owns seven and a half acres of land in Kokapet and the Allu Studios is constructed in this lavish property which is turning out to be the new hub of Hyderabad.

Allu Studios is aimed at providing world-class facilities along with the latest technology equipped post-production studios. Allu Aravind, Allu Arjun and the entire family spent ample time to design the studio well. The studio aimed at supporting mid-range films along with web series and web-based movies. Allu Aravind who is signing a lot of content for Aha will shoot these projects in Allu Studios. Allu family is investing a bomb on Allu Studios and the construction works of the studio will commence very soon.