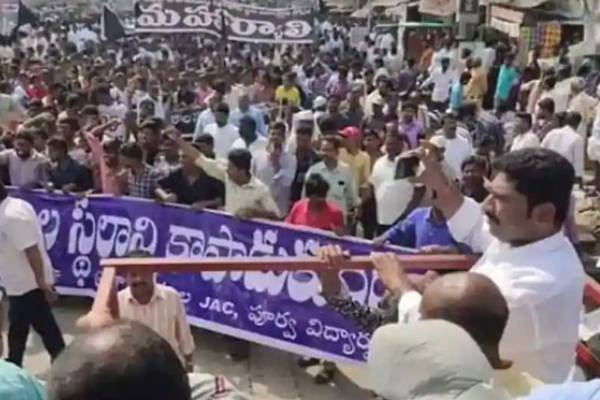 The farmers and residents of Amaravati villages are celebrating the Maha Shivratri today in their protest camps. They are giving chants of Panchakshari and praying for Lord Shiva blessings for continuation of Amaravati Capital City. Their protests have reached 66th day but they are celebrating all festivals from Sankranti to Shivratri in the protests in the streets of their villages.

CPI National General Secretary D Raja visited Amaravati protesters and expressed his party solidarity with their justified agitation. He asked why CM Jaganmohan Reddy is harassing the AP people and Amaravati farmers instead of fighting with the Modi government for the AP special status. Raja sarcastically said that YCP MPs and AP CM didn’t make much effort while the CPI raised the Special Status promise several times in the Parliament.

The Amaravati farmers told CPI leaders about their decision to sacrifice their lives for the cause of saving their Amaravati Capital City from the Rakshas rule of Jaganmohan Reddy. Even The Hindu National Daily survey overwhelmingly supported Amaravati Capital but this CM is still adamant and arrogant beyond anybody’s imagination.