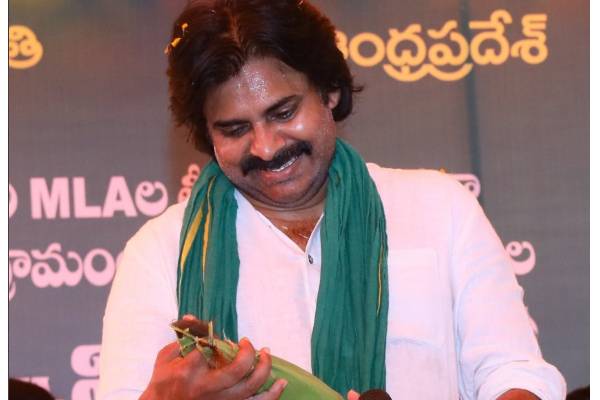 Actor-director and Jana Sena Party (JSP) leader Pawan Kalyan said on Thursday that he was moved by a woman’s struggle to get justice for her daughter who was brutally raped and murdered in Andhra Pradesh.

The southern superstar was addressing a gathering of 500 students at the 10th edition of Bhartiya Chhatra Sansad (Indian students’ parliament) at Vigyan Bhawan here.

Kalyan recalled an incident when his party had lost its maiden election in Andhra Pradesh. He said, “I was sitting in my room in deep somber. My party had lost the elections. I was even thinking whether I should continue in politics.

“I was not able to concentrate on what was happening around me. We had lost all hope. It was a very sad day for me. That’s when a woman came to me and said that something had happened to her daughter at her school.”

The JSP leader said the woman asked him to accompany her to her daughter’s school because she was a Dalit woman and no one was listening to her.

“She said ‘Anna please come with me’. When I went there, I found that her daughter was dead. She was brutally raped and murdered. She was running here and there to bring her daughter’s murderer to book, but nobody was listening to her. That’s when I decided that I will continue to be the voice of such downtrodden people who are suppressed by the powerful. That’s when I decided to continue with politics,” he said.

As the aim of the ‘Chhatra Sansad’ is to produce young and qualified leaders, Kalyan shared with the students the mantra of being a leader.

“Today’s generation wants everything instantly. They are very aggressive on social media platforms. You have come here to gain knowledge and attend this seminar. But attending a seminar or writing on social media or even gaining knowledge is one thing, and doing things in reality is something different.

“People should go and observe grassroot realities and work accordingly, instead of just writing on social media. That’s when social media will become a powerful tool,” he said.

“I read and follow Swami Vivekananda and Shaheed Bhagat Singh. Bhagat Singh sacrificed his life for the country when he was just 23. We should also make some sacrifices for our next generation,” Kalyan said, adding: “Leaders are not made in one day, give yourself at least a decade’s time, gain knowledge, have patience, only then things will change.”