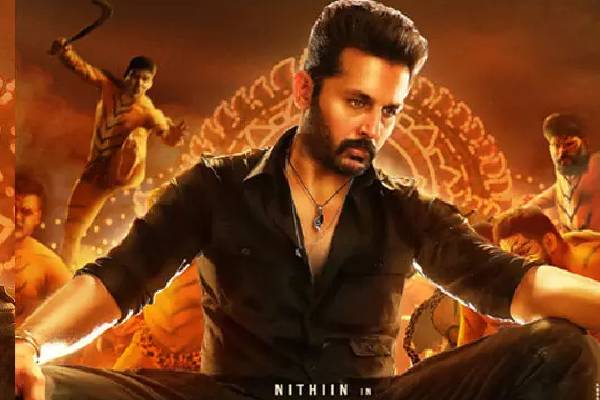 ‘Macherla Niyojakavargam’, Nithiin’s impending social drama, has been in the news for wrong reasons. M.S. Raja Shekhar Reddy, a debutante, who has directed the movie, is involved in a controversy surrounding his political motives.

On social media, individuals have found some of director Reddy’s older tweets where he is said to have hurled insults at some “particular” castes.

People on Twitter are tagging Nithiin and ‘Macherla Niyojakavargam’ director in screenshots of the hateful tweets, M.S. Raja Shekhar Reddy had written in the past. He is allegedly a fervent supporter of Y.S. Jagan and a hater of the TDP. In the past, he is said to have used derogatory language against the Kamma and Kapu castes and posted numerous trolls on the TDP leader, which has called many online users to oppose his acts.

Since the majority of those harsh tweets appear to be phoney, the hero Nithiin has tweeted in support of his director and asked people not to share them. But given that the director already sent out multiple hateful tweets about the party, the harm has already been done.

The Telugu Desam party fans are now very agitated, which will harm the movie by taking away its optimism. The alleged tweet and words used by M.S. Raja Shekhar Reddy have not only infuriated TDP supporters but also Pawan Kalyan’s political supporters.