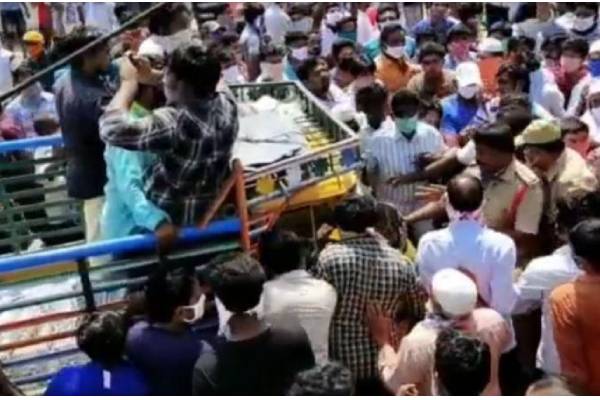 A 35-year-old man died allegedly after he was assaulted by police for violating lockdown norms in Andhra Pradesh on Monday.

According to police, the officer had stopped Shaikh Mohammed Ghouse at a checkpost but he collapsed and died. Police also said the deceased suffered from cyanotic congenital heart disease and was operated and implanted with stents. It claimed that no physical injuries were found on the body.

“The written complaint by the deceased’s father mentioned no allegations against police. Case has been registered & is being investigated. Paralelly DGP has ordered departmental enquiry also. All procedures as per SC guidelines are being followed. The unfortunate demise is regretted,” says the tweet from AP Police.

Earlier, Ghouse’s relatives alleged that the sub-inspector assaulted him resulting in his death. They said the man was on his way to a medical shop to buy medicines.

Meanwhile, leader of opposition N. Chandrababu Naidu condemned the police attack on Muslim man. He demanded the government to pay compensation to the deceased’s family.

The Telugu Desam Party (TDP) chief said the attack on the man going to the medical shop was highly condemnable. He said police should act with restraint in these difficult times.