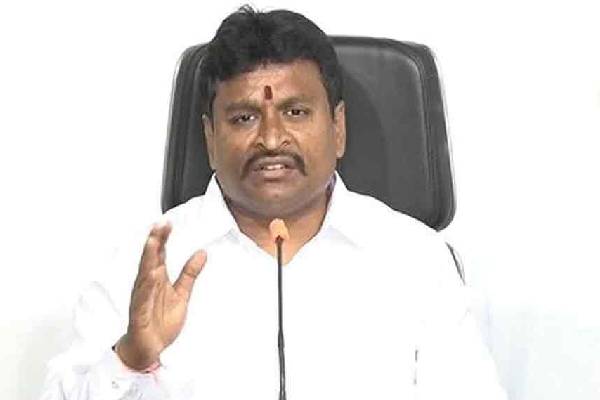 As the Endowments Minister, Vellampalli Srinivas was busy taking part in the recent Brahmotsavams at Tirumala temple. After returning from there, he complained of symptoms of cold, fever and breathlessness. In the tests, the Minister was found infected with Coronavirus. Though large crowds were avoided during TTD’s recent Brahmotsavams, quite a good number of the officials and ruling party leaders took part in the events. Moreover, more party leaders arrived to meet and greet CM Jaganmohan Reddy and Ministers.

Now, with the Endowments Minister himself testing Covid positive, the officials sounded alert to all those who took part in Brahmotsavams in the TTD temple. Lots of officials and the ruling party leaders happened to meet the Minister during the celebrations. They were being asked to undergo tests and take precautionary measures.

In recent weeks, the virus infections were silently increasing all over while there were decreased precautionary measures in general. The Government has also advised home quarantine new patients of the virus. In the absence of strict monitoring, the patients were taking light of quarantine and becoming responsible for the rapid spread of the disease.

Minister Vellampalli stayed for over one week in Tirupati for recent Brahmotsavams. It triggered concerns over the threat of large scale infections. Already, many archakas also suffered from virus infections atop Tirumala hills.