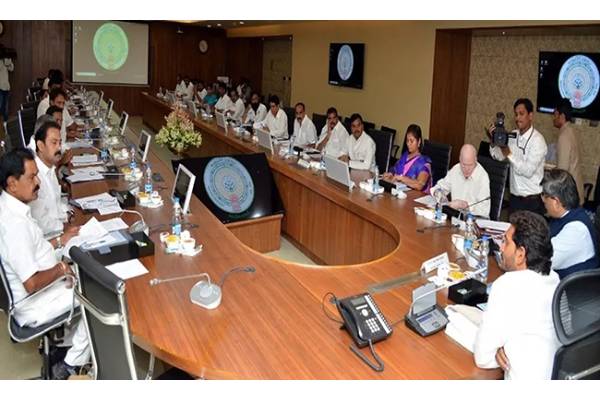 The ruling YCP has started sending out feelers on the AP Capital shifting. Plans are being made in this regard. The issue is coming up for detailed discussion at the next Cabinet meeting to be held on February 23. As per the latest plans, rumours are going round that the Chief Minister’s Office along with the Andhra Pradesh Secretariat will be shifted to Visakhapatnam by the coming Ugadi festival in April second week.

As of now, there are hurdles for shifting the Capital city as a whole considering the High Court orders. Cases filed by the Amaravati farmers and Opposition parties are still pending before the court. However, the Jagan Reddy regime has been trying to shift the CMO and the Secretariat.

Technically speaking, once the CMO is shifted to Vizag, then the port city would become the Executive Capital. Already, the agitation is going in Vizag against the privatisation of the steel plant there. Amid this, the Jagan regime is planning to hasten the process of shifting the CMO and the Secretariat.

The Amaravati agitation has been continuing for over 400 days. They are also fighting a legal battle at the same time. It is to be seen how the agitators would react to the shifting of the CMO and the Secretariat in the coming weeks. Already, the metro rail and such offices have been shifting from Vijayawada to Vizag.