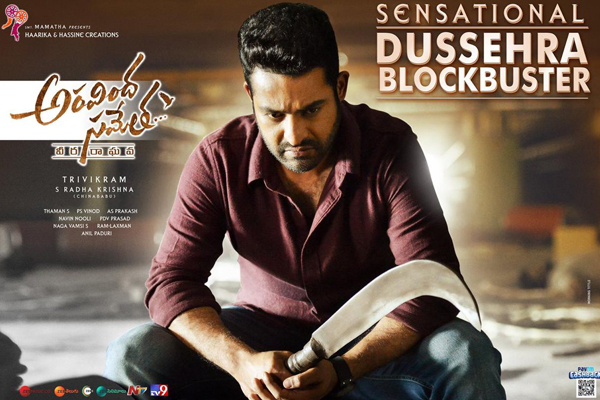 Aravindha Sametha has taken a terrific opening in overseas with solid collections on Wednesday premiers. The film has emerged as the biggest opener in NTR’s career with $ 797K premiers.

As per the latest trade reports, Aravindha Sametha has surpassed the million dollar mark with Thursday collections. The collected more than $ 200K on Thursday despite a working day in US. This is NTR’s sixth film to cross the million dollar mark and the fifth consecutive film to do so. As the reports are encouraging and decent word of mouth is prevailing, trade analysts are reckoning that the film will have a strong weekend in overseas. Aravindha Sametha will emerge as career highest grosser for NTR by the end of weekend.

Trivikram’s emotional narration and NTR’s commendable performance resulted in a good verdict from audience. Pooja Hegde is the film’s leading lady and Radha Krishna is the producer.