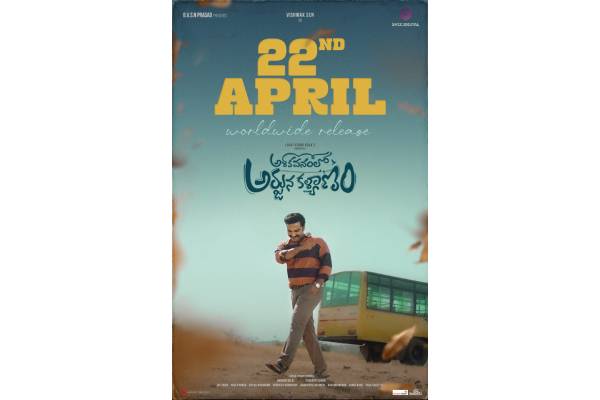 Along with a poster, makers of Vishwak Sen-starrer Ashoka Vanam Lo Arjuna Kalyanam have announced that the film will be released in theaters on April 22.