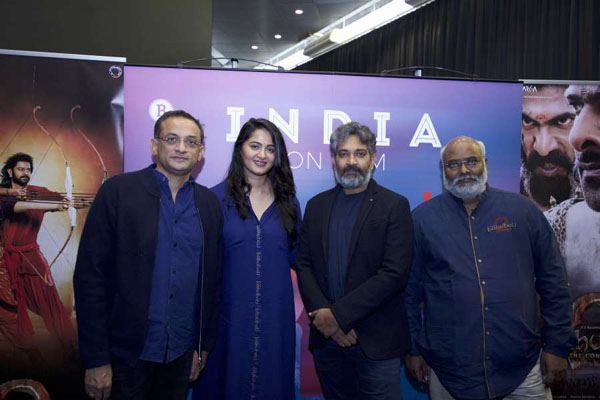 It is already known that Baahubali will be screened at the prestigious Royal Albert Hall in London on October 19th and it will be followed by a live musical concert by MM Keeravani. Prabhas, Anushka, Rana Daggubati, SS Rajamouli, MM Keeravani, Shobu Yarlagadda, Prasad Devineni along with the team of Baahubali headed to London to participate in the prestigious event. Keeravani will be performing the songs and the score of Baahubali live for the patrons.

The entire team of Baahubali is proud about this historic event. Soon after this, everyone except Prabhas will return back to Hyderabad and will turn busy with their works. Prabhas who is celebrating his birthday on October 23rd will stay in London and close friends of him will fly to London to participate in the grand bash.