Nandamuri Balakrishna has a list of films lined up and he has been on a break from the past six months. His next film NTR has been kept on hold as of now and Balakrishna shifted his focus towards his next which is a mass entertainer and will be helmed by VV Vinayak. The film will start its regular shoot from June after it will be launched on May 27th officially. The other lead actors are being finalized currently.

Ageless beauty Shriya Saran has been locked in to romance Balayya for the fourth time after Chennakesava Reddy, Gautamiputra Satakarni and Paisa Vasool. An official announcement is expected soon. Devi Sri Prasad will compose the tunes while C Kalyan is the producer. This untitled film is likely to hit the screens during Sankranthi 2019. 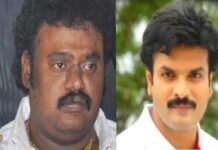