Nandamuri Balakrishna and S S Rajamouli have come together for the Unstoppable with NBK chat show on Telugu streaming platform Aha.

With less than a month left for the release of his big budget RRR starring NTR Junior and Ramcharan in the lead, the ace filmmaker is all geared up to reveal some interesting details about him at the show to be premiered on Aha on December 17.

A promo of the show has been released and it shows samples of how the proceedings are going to be. Balayya asks questions like why Rajamouli is maintaining beard and the Baahubali maker gives interesting answers.

Unstoppable with NBK went on air in November with Mohan Babu, Vishnu Manchu, and Lakshmi Manchu attending the maiden episode. So far, the show has so far seen celebrities such as Nani, Anil Ravipudi and Brahmanandam. More are going to join in the weeks to come. 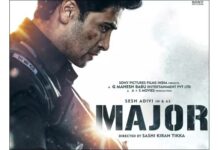 After creating a buzz in the box office, ‘Major’ set for a July 4 OTT release 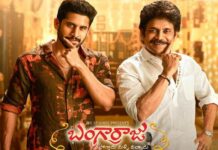