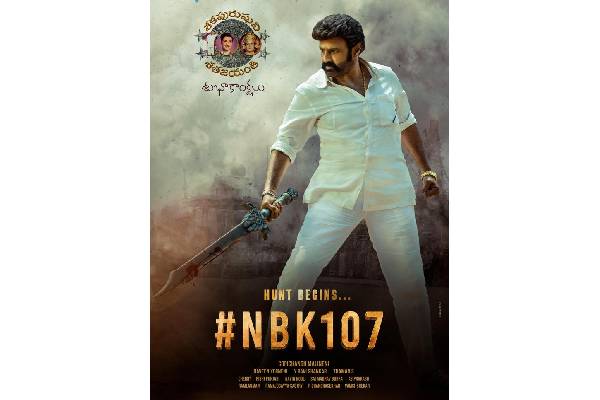 Nandamuri Balakrishna and Gopichand Malineni’s high intense action entertainer #NBK107 has nearly completed half of the shooting part. They already unveiled first look of Balakrishna in the movie that got massive response and today they have released a mass poster of the movie, on the occasion of NTR’s 100th birth anniversary.

Balakrishna appears like a ruler in the battlefield with a powerful weapon in his hand. The actor can be seen in a khadi dress and he looks ferocious in this mass poster. We can also see a crowd near the temple in the background.

Billed to be a mass and action entertainer based on real incidents, NBK107 features Shruti Haasan as the heroine. Mythri Movie Makers is bankrolling the project that has music by S Thaman.