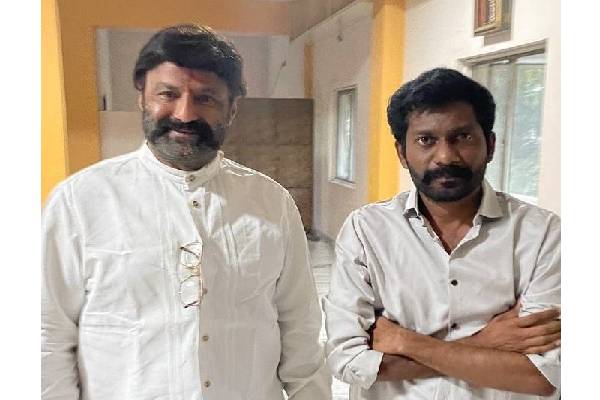 Uppena is one film that emerged as one of the biggest hits in the recent times in Telugu cinema. The film is running with packed houses all over and is raking massive revenues. Nandamuri Balakrishna watched Uppena along with his family members in a private screening in Prasad Labs this evening. He appreciated the film’s director Buchi Babu and the producers Mythri Movie Makers for the film. The makers also released the picture of Balayya with the film’s director Buchi Babu.

Balayya is shooting for Boyapati Srinu’s action entertainer currently that will release in summer. He will next work with Mythri Movie Makers and the film will be directed by Gopichand Malineni. Gopichand is currently working on the script and an official announcement would be made soon. The shoot of this mass entertainer starts from May.