The Andhra Pradesh government seems to be in a defiant mode. In sheer display of couldn’t-care-less attitude, YSRCP Energy minister Balineni Srinivas Reddy on Friday indicated that the state government was mulling to move the Supreme Court challenging the High Court’s verdict to reinstate Nimmagadda Ramesh Kumar as State Election Commissioner.

In complete defiance of the High Court verdict which had scrapped the GO of the state government to make English medium compulsory in schools, Minister of Education Dr Adimulapu Suresh said the Jagan government was committed in implementing compulsory education in English medium of instruction in all government schools. Stating that the court verdict should not be seen either as victory or defeat, “Our leader Jagan is a man of his word, he won’t go back on his word,” he had remarked in a display of sheer arrogance.

The one year Jagan’s rule has undermined the democratic institutions and subverted parliamentary democracy by his authoritarian rule. Jagan and his team has had to cut a sorry face in more than 60 legal disputes, which is a record set by any state government in losing court cases. The state government’s ordinance to remove Nimmagadda Ramesh Kumar as State Election Commissioner is a grim pointer to how Jagan and his team have tried to destroy constitutional bodies like the State Election Commission. Further, the High Court had revoked the suspension orders against senior police officer A B Venkateswara Rao and directed the Jagan government to reinstate him. All these court verdicts and the immediate reaction from the state government implies Jagan and his team lack respect for courts. In most cases, the government exhibited its defiant mode. 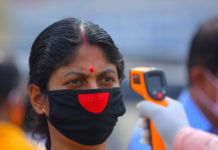