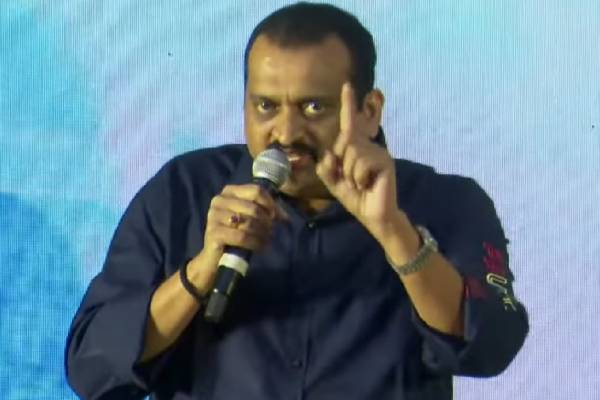 Some of the speeches of Bandla Ganesh from film events went viral and they are hilarious. He attended the pre-release event of Chor Bazaar as one of the guests. Bandla Ganesh said that Puri Jagannadh made many Superstars in Telugu and he turned quite busy without attending the event of his son Aakash. “I have immense respect for Lavanya garu (Puri Jagan’s wife). Puri is quite busy in Mumbai and he has no time to attend the event of his son. He trained several actors and he had a dream of making his son a Superstar. I request Puri not to do a mistake like this. You have to promote your son” told Ganesh.

“We are here for our family. We have to be present for them. If we take a responsibility, we have to be committed for this life. You have to bear the responsibility of your kids Puri. When it is the turn of your son, you are busy in Mumbai which is not fair. Even I became a star producer because of you. Chor Bazaar will be a blockbuster and Aakash will be a star. A day arrives that Puri will have to wait for the dates of your son. I will not allow your son to allocate dates for you” told Bandla Ganesh. Aakash Puri’s Chor Bazaar is hitting the screens tomorrow along with a bunch of new films.