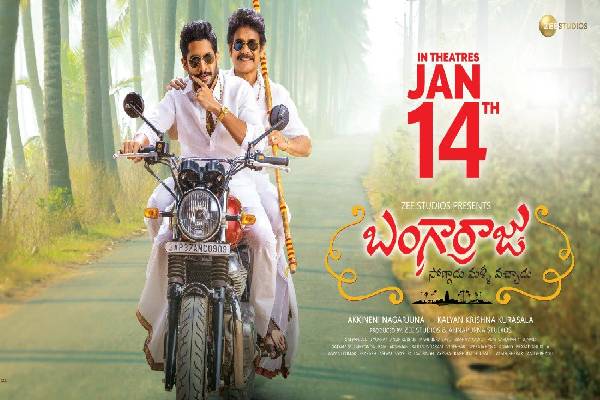 Nagarjuna and Naga Chaitanya are done with the shoot of Bangarraju and the film is the sequel for Soggade Chinni Nayana. The makers announced that the film will release for Sankranthi 2022. After the cases of coronavirus reached the top, several biggies like RRR and Radhe Shyam are postponed. The makers of Bangarraju today announced that the film will hit the screens on January 14th 2022. Bangarraju is the only biggie that is releasing for Sankranthi. Nagarjuna, Naga Chaitanya, Ramya Krishna and Krithi Shetty are the lead actors in this entertainer.

Annapurna Studios and Zee Studios are the producers and Anup Rubens composed the music. The makers arranged a press meet to announce the release date of the film. A bunch of small films like Rowdy Boys, Hero and Super Machi will release during Sankranthi.