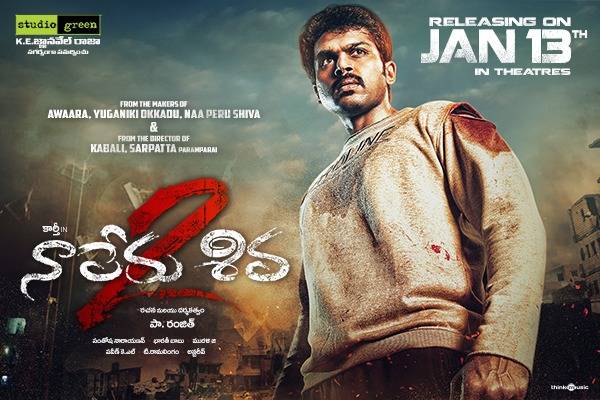 Naa Peru Shiva 2, an action drama featuring Karthi and Catherine Tresa in the lead roles is now gearing up for theatrical release.

KE Gnanavel Raja of Studio Green has announced that Naa Peru Shiva 2 will be released in theatres in January.

Naa Peru Shiva 2 is billed to be a proper action drama and it is directed by Pa Ranjith. The film is set for theatrical release this month.

Naa Peru Shiva was a big hit in the Telugu states and it remains to be seen if Naa Peru Shiva 2 will also get a similar reception from Telugu audience.