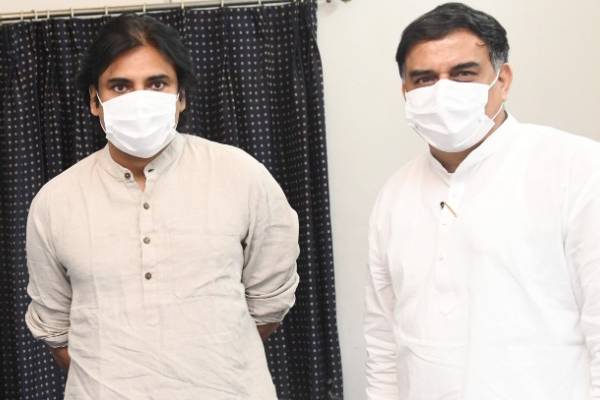 Jana Senani Pawan Kalyan is known for his Power Star image in the film industry. Now, politics is proving to be a hard nut to crack for him. His latest experience is that he has to personally go to Delhi and lobby for the Tirupati MP seat bypoll ticket. For good or for bad, Pawan has joined hands with the BJP. He has been praising Prime Minister Modi to the skies at every given opportunity.

The time has come now to put a huge test to his influence with the BJP top leaders in Delhi. Senani’s contention is that his party has been very strong in Tirupati assembly segment and also to a large extent in the other assembly segments in Tirupati Lok Sabha constituency. When compared to the BJP, it is the Jana Sena which has fared better in the previous elections.

Since his party has a legitimate right to contest Tirupati bypoll, Power Star is camping in Delhi to lobby for the ticket on behalf of his party’s alliance with the BJP. But the political truth is always bitter. The BJP is not the kind of a party which will give any space for regional parties. As such, the BJP AP leaders are making a strong bid for putting up its candidate in Tirupati bypoll.

A sort of competition has begun between Senani and the BJP Tirupati unit leaders who have even held a meeting to discuss how to prevent Jagan Sena from walking away with the ticket now. No doubt, it is going to be a big challenge for Pawan to make a correct political choice if the BJP does not cooperate with him this time.