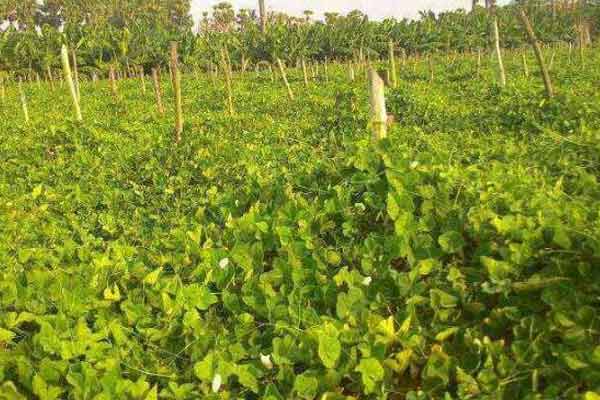 With the opposition YSRC party withdrawing itself to propaganda mode by taking up programs like Rytu Bharosa and Odarpu, The Telugu Desam party is planning to go at full throttle to acquire the land for its proposed land bank in every town in the state of Andhra Pradesh.

Beware, chief minister Naidu wants to implement “Amaravati-type land-pooling” (ALP) to wrest the land from the farmers “voluntarily”. For the past few months, Naidu is extensively touring the state and assuring the people airports, ports, corridors, industries etc. As for the announcement , it is ok, but what should not be forgotten is – lurking in this innocuous announcement is the threat of ‘Amaravati-type land pooling” which includes all coercive methods. Indicating this chief minister Chandrababu Naidu announced in Nalljerla yesterday that farmers should be ready to sacrifice for the sake of the state.

“Industries do not come in space,” he said with a tinge of disgust. He said, “They should come on the ground and farmers should come forward to sacrifice land and reap benefits of development. See, how the farmers of Amaravati area sacrificed 33,000 thousand acres of land for capital construction. In your district, a new port is coming up. It needs land. I am trying to get 17,000 acres of forest land de-notified. But, you should also come forward to give away your lands,” he told the audience present in the meeting.

Naidu wants to collect about 10 lakh acre of land for the proposed land-bank which would be given to investors to set up their units. But, the response from farmers is lukewarm. Many farmers in Capital region, Bhogapuram, and Machilipatnam, Kurnool etc took warpath to resist the so called land-pooling. Then , Jagan and Pawan were extending the support to these farmers and the government was a bit hesitant to use force. Now, Jagan is silent. Pawan, after his famous November-13,2015 meeting with Naidu in Vijayawada,withdrew from public life. There has been no resistance against the land pooling from the political parties. In Kurnool district, former TDP MLA Byreddy Rajasekhar Reddy is alone fighting for farmers of the Orvakal area.

Taking advantage of this sudden withdrawal of Jagan and Pawan from the resistance postures, Naidu’s government is planning to bring about the legislation to facilitate ALP in all municipal and important town across the state.

The bill is likely to be debated in the budget session of Assembly, set to commence in February. The objective of the new legislation is to empower the government to enforce the land-pooling in all urban areas. The land bank is being maintained to provide the land to the investor hassle-free. The argument put forth by the government is that once land is assigned to the investors, setting up of units would be easier, otherwise all effort of land acquisition would end up in courts.

The bill, AP metropolitan Region and Urban Development Bill has already been introduced in the House amid commotion in the winter session. Once the bill becomes an act, government will launch the land-pooling on a massive scale with all protection all urban areas. The bill, which will replace the existing AP Urban Development Act, is bound to get the nod of the House given the majority for TDP.

In ALP the government need not pay any compensation, instead the farmers would get developed plots. To make it foolproof the government will enter into MoU with the farmers. The new Act will be implemented in all the areas wherever Naidu toured and laid foundation stones for airports , corridors, food parks etc in Bhogapuram, Machilipatnam, Orvakal, Vizianagaram, Nallajerla etc.